Recenzija knjige The Form Within - My Point of View 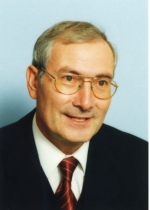 Prof. Kostović, could you shortly introduce your work?

I work on the connectivity in human brain. Although I started with experimental work on projections from brain stem to limbic cortex, so called monoaminergic, serotoninergic and holinergic pathways in 1972 after I had finished postdoctoral fellowship at Johns Hopkins, I am working on a human brain. In cooperation we had some nice studies on monkeys. I think that monkey is the only model, applicable for cortical development from the point of connectivity. I was fascinated from the very beginning by these transient patterns present in the fetus and the transient patterns are curcial in the making of the brain for the future. Whatever happened in the fetal or preterm period will have a severe consequences for the development. So I think that some of them, not only neurological but also mental-behavioural disorders originate during this very period. Of course there is always a postnatal interaction with enviroment but genetic wiring occurs really during fetal development. So we discovered the suplate, the most prominent layer in the human fetus and this layer is actually the connectivity layer. Huge number of connections gradually developed and enter the cortex during the fetal life. After the birth some of these neurons of subplate become incorporated in white matter and the people think that they are not very numerous populations, but since we found that there are billions of these neurons, we think that they are important moderators of all functions even in adult brain. Whenever we have a lesion in white matter or the border with cortex, these neurons will be damaged. So I think that our discovery of this suplate, the thalamo cortical projection, and cells within this layer is very important especially for human developmental neuroscience. I must say that the most fascinating work was our work on thalamocortical connectivity. Even the Supreme Court of USA used our data to define the law against abortion after 24 weeks of gestation. So by discovering of thalamocortical connectivity after 24 weeks you can say this is the period when human preterm fetus starts to receive cortical information. We dont know yet how crucial that information is. But actually we call this the preconscious stage. So it is interesting that we are highly quoted by the psychiatrists because they think that this early development of cortex and especially hippocampal cortex and cingulate cortex is the beginning of self, something that stays there from the very early to the latest age and is possibly the basis of default resting state activity.

On the end of my not academic carrier but certainly as the director of institute I will retire and work only scientifically. I’d like to finish many scientific papers. My idea was to begin with fetal brain and to finish with adult adolescent brain but now im still at the fetal period and I just started with the first year. The most attractive discovery of ours recently is the finding that brain continues to form sinapses even in young adult age. Our paper on this is already higlhy quoted and will be important evidence for what happened in the adolescent brain. So this is how I feel about discoveries. I think I know how important my work is, but I dont know if other people realize it.

This was a part of my next question, which you have already started to answer. What is the influence of your work on neuroscience in general?

I think one of the influences is that, the layers we discovered are now regular parameter in everyday diagnostic MRI work. My intention was allways to serve with my data to pediatric neurologists. Now I see that they study these layers, we discovered, in the living patients in the everyday diagnostic and this is very good for me. I think that confirmation comes from textbooks and this work will be quoted in every text book of neuroimaging and pediatric neurology. So I think that beside the quotations, the most important sign is that the scientist feels good when someone uses, what they discovered.

Definitely. So what do you think is the new frontier research area?

I think that the most amazing approach is really to show everything from the level of indvidual chanell to the whole connectome with imaging. So for me the most fascinating is optogenetics so that you can really identify individual neurons and how they behave during the very complicated task. This is one thing and second is that you can now simply study the connectivity in vivo, which is more fascinating from the point of money which is given to this field but really from the point of synaptic connections is not a major advance but is fascinating because of so many papers and so much research. Finally stem cell research - I dont find it as exciting because of no real clinical applications in central neuron system yet. And billion of dolars are given to something. They actually rediscovered many things but the cost of this is really facinating. The people hope that they will solve the problem of brain damage. There is severe hope from people who succedeed to reconstruct the network. This is really fascinating to reconstruct the network in vitro and so on. And finally I think that biological basis of mental disorders are also fascinating field however in the recent time, there was no really major break through.

How did you spend your time during the conference? Did you enjoy yourself?

Eeer, I was looking only at the posters. My behaviour on meetings is always to look at the posters I even don+t ask the authors to answer because I simply take pictures of posters in my mind. So if I remember it, that’s a good poster, otherwise I can read about it at home.

Oo, Ljubljana I was here two years ago and I am really impressed how the city centre is now very nice, everything is perfect. I noticed the similar situation in Zagreb. All these walls are covered by these terrible paintings. I think our mayor has something similar with your mayor because none solves this problem. You spend a lot of money on beautiful facades and over night someone destroys it. Otherwise is excellent and I am really impressed by your pediatric department. I haven’t been inside but next time I will.

It’s a very difficult time and it’s not as romantic as it used to be. When I started you wrote a nice project and if it was good you were awarded. Now it’s a competition, a lot of administration and too many experts. So the only advice is to have an excellent postdoctoral education and with the first grant you apply with menthors from the leading institutions. Then you have some chance to get a project.

No, it’s not about connections! Excellent project after finishing critical post doctoral with good menthor as a collaborator. In Croatia it is very bad with applications. I think that government and state should support all of them; they can not go in Europe and apply because rich countries don’t do that and poor countries should also not do that. So beside application in Europe you must have your own priorities and money for research. So that people start and have their own papers and only then they can be competitive. How can they be competitive if they come from small lab with not to many papers and so on. Than they have no chance.

I have one more question which arises from my personal professional fascination with the stereo vision. I know from the literature that people who have corpus callosum agenesis don’t have stereo vision …

Only if the lesion happened late. You see if it is early, you can compensate it if it is late, you cannot. Corpus callosum is the most severely damaged structure in any perinatal brain because of complex pattern of growth. But there are almost 100 syndromes where callosum is abnormal. So it’s more a sign of connectivity being wrong. An exception is being splenium which is really related to the vision. And just as anatomical curiosity - there is no callosal projections to primary visual cortex. Everything goes through associative cortex and associative is very plastic and develops sometimes postnatally. So the role of callosum in vision is established but in stereo vision I dont know how far it goes through associative cortex and how far it goes through the other systems. But it may really be the matter of associative cortex, parietal cortex which connects through the splenium.

Thank you so much!