“To build neuro-markers for every psychiatric illness, to be used in clinical settings – That would be the dream …” 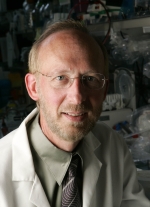 Could you please shortly introduce yourself and your work?

I am Professor and Chair of the Department of Cellular and Molecular Medicine at the University of California, San Diego. As a graduate student I initially identified Tau, the microtubule associated protein that accumulates aberrantly in Alzheimer’s disease and whose misfolding underlines chronic traumatic brain injury. With discovery of the genetic causes of the adult motor neuron disease Amyotrophic Lateral Sclerosis (ALS), I and my team have demonstrated that disease involves damage within both neurons and their non-neuronal glial neighbors. We have used this to develop a gene silencing therapy that entered clinical trial for ALS. Our approach for use of DNA antisense oligonucleotides infused into the nervous system for disease therapy has now been extended to two other diseases: spinal muscular atrophy, one of the most abundant genetic diseases of children, and myotonic dystrophy. A final trial is anticipated to initiate in 2014 for Huntington’s disease, all cases of which are caused by a trinucleotide expansion within the Huntingtin gene. Our work has been recognized by my election to the U.S. National Academy of Sciences as well as the Institute of Medicine.

What influence does/could your work have for patients & neuroscience research in general?

Our efforts uncovered mechanisms underlying genetic causes of human neurodegenerative diseases, both ALS and Huntington’s, and have lead the design of gene silencing therapies using DNA antisense oligonucleotides infused into the nervous system. By 2014, there will be clinical trials in at least four diseases patterned after our approaches.

What is the frontier research news in your field?

With the discovery of hexanucleotide expansion within the C9orf72 gene to be the most frequent genetic cause of ALS and also the most frequent cause of frontal temporal dementia (FTD), attention worldwide has been focused on how this expansion can provoke these two distinct diseases. This has produced what is probably the most exciting time of discovery in ALS and FTD. Our efforts have shown that we can selectively reduce the toxic hexanucleotide-containing RNA, without affecting the overall level of RNA encoding the C9orf72 protein. This now enables a clinical trial in which allele selective silencing may be feasible.

The conference was engaging and I was very impressed with the high quality of many of the student posters and presentations. As to Ljubljana, I had the opportunity to tour some of the city prior to the meeting. What a charming downtown, very accommodating to visitors.

On the basis of your life experiences what life/career advice would you give to young neuroscientists in these tough (financial) times?

There is no question that the financial pressures on many countries are severe and have curtailed opportunities for young scientists. Nevertheless, I remain highly optimistic that science remains an attractive career for those who have the appropriate talent and interest. Indeed, the most important factor for scientific success is perseverance. Success requires it today, but success is feasible. Having said that, I would strongly encourage young Slovenian neuroscientists to take part of their training outside of Slovenia, indeed, in the United States. There are many opportunities abroad for motivated young scientists. All they need to do is to write to the teams they would like to join. They will find opportunities.